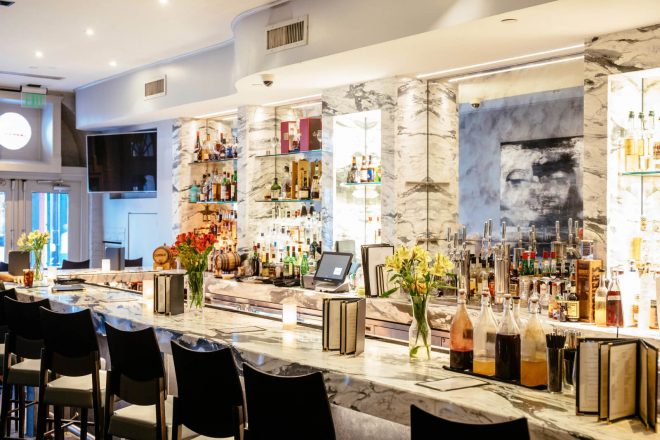 Location and a Short History

Situated on Decatur Street, Trinity Restaurant served its first meal in May 2016, after renovating the space bought from the owner of the restaurant that was previously placed on 117 Decatur St, called Maximo’s. Being categorized as a gourmet restaurant, Trinity Restaurant has been awarded the Certificate of Excellence 2018. It is close to the French Quarter, to be more specific 300 feet away from Quarter’s center. According to the reviews that can be found on the Internet, it has top-rated services, starting from qualitative food to extra fast and kind waiters. Unfortunately, the Trinity Restaurant closed its doors for an indefinite period of time on 22nd April 2019. Restaurant’s owner, Mr. Hugh Uhalt, declared that he has plans for a new concept to be opened in the same place as old Trinity, later that year. However, due to unknown reasons, the new restaurant never opened. Instead, a new Italian restaurant has joined the French Quarter dining scene, called La Mensa.

Even though it is placed steps away from the French Quarter’s center, the huge amount of noise on the street fades slowly when stepping inside Trinity Restaurant. The restaurant’s walls are painted in a monochromatic style. The white color dominating the interior emphasizes the black sleek lines on the walls. It comprises an open-space kitchen; customers can always see the entire process that takes place before their food arrives on the table. Having a relaxed and comfortable atmosphere, it is the perfect place for taking dinner when you have just had a stressful day at the office. Many businessmen working near the French Quarter serve their dinner at Trinity Restaurant, enjoying a well-cooked food with a lot of tasty flavors and condiments. The music is played in a jazz manner, giving a very cozy feeling. The appearance of the interior is just perfect for a romantic dinner with your significant other or a relaxed brunch in the middle of a day full of appointments at the office. The interior tends to be a sleek and modern one with elegant accents.

There are a ton of positive reviews on the Internet telling everyone how good the food is at Trinity. The most popular dish is the boiled oyster accompanied by cheese plates. Its cuisine is inspired by the Southern Cuisine and the owner guarantees that all the ingredients are fresh and local so that the chefs create the flavorful and good looking dishes that everyone keeps talking about. The menu contains a wide variety of dishes, ranging from scallops and duck to oysters and crabs. Alongside the tasteful meal, the restaurant offers an extended wine list as well as cocktails and refreshing drinks. Among the dishes that are very tasty at the Trinity Restaurant, it is worth mentioning the fires (called Pomme Frites) with butter aioli. The fries are perfectly cooked with just a pinch of salt and some condiments that bring the Southern flavor back alive. The best dessert available at the Trinity Restaurant is by far the dark chocolate truffle cake with blood oranges. Generally being accompanied by a chocolate shell in the shape of a dome, it balances the chocolate taste with the blood orange flavor. The Trinity Restaurant serves American traditional cuisine (especially old southern comfort dishes) and Creole cuisine. It is commonly visited for breakfast and brunch.